skip to main | skip to sidebar

Posted by theBeatnik at 12:42 AM No comments:

Wait, can you hear that? 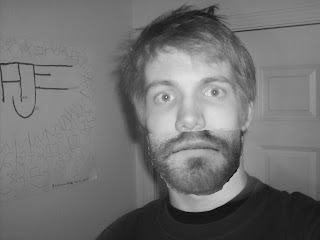 lol, I think I hear a New Year's resolution forming...
Posted by theBeatnik at 2:23 AM 1 comment:

The last day/night/morning of the semester. 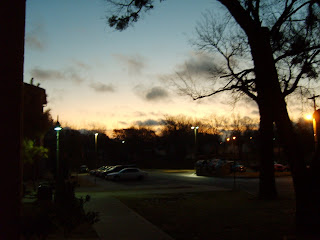 The Chickasha sunrise as seen from my apartment. Due to my nocturnal nature, I don't get to see many of these.


Although, thanks to my physics final, I was awake until 8:15 am this morning. yay.

But the semester is finally over, and I'll be a junior in January. Hooray.
Posted by theBeatnik at 1:24 AM No comments:

Let it first be known that the delayed nature of this post is due to the lack of sleep in the day preceding the day of tests and sadness, and is in no way related to the intrinsic laziness of the writer or writers herein.

Let it penultimately be known that James Hazelton and the affiliates of James Hazelton inc. will hereby be referred to using the title of Ace Captain Commander (#1) and any other address of said person(s) will be construed as deliberate slander and the offender will be pursued with the full force of the law.

Let it ultimately be known that James Hazelton, as sole proprietor of James Hazelton inc. has the full legal authority to edit and/or censor his own writings and will do so in the future and, if he so wishes, in the past.


What was I saying? Oh yeah, the tests went ok. Although, after the famous "end of the semester all you can eat late night breakfast" I was too conkered out and full of delicious breakfast food items to stay awake for more than fifteen minutes. Upon regaining consciousness eleven or twelve hours later, I tried to enroll, but my advisor wasn't in his office.

Long story shortened...a very exciting day.
Posted by theBeatnik at 1:24 AM No comments:

(Monday, the day of tests and sadness)

I have a few more hours to study before it's once again into the breach.

But with Santa, my fish, and Jeebus at my side, I stand ready.


**Stay tuned for the exiting conclusion tomorrow night**
Posted by theBeatnik at 9:21 PM No comments: 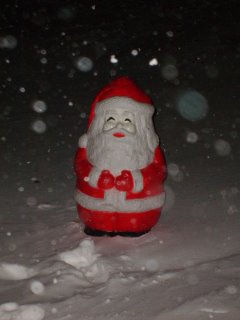 That's right, more snow than all of last year's snowfalls combined has fallen in the course of 24 hours. And it stuck! It's a christmas miracle!


Santa, finally back in his element.

oh, and on an unrelated note, everyone should watch this.

Charlie The Unicorn
Posted by theBeatnik at 4:56 PM 1 comment:

If the movie isn't showing, that means that youtube.com is still down.
Posted by theBeatnik at 12:52 AM No comments:

Well, I finally got a digi-cam, so I can start to do this thing right. I'm just playing around with it right now, so I'm just going to post some preliminary pictures. You all get the opportunity of a behind the scenes peek of how I live my luxurious life. 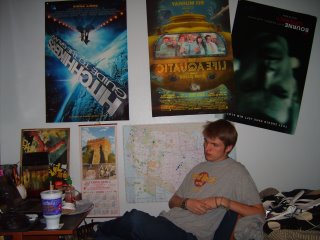 Me, in a deliberately casual photo.


My extensive collection of lit-er-a-ture. 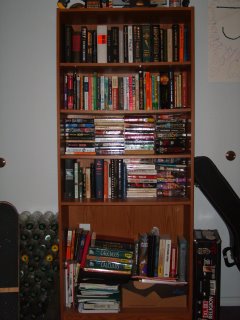 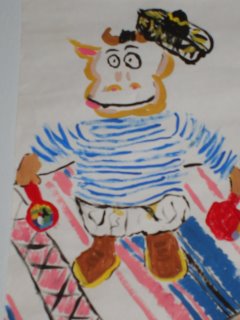 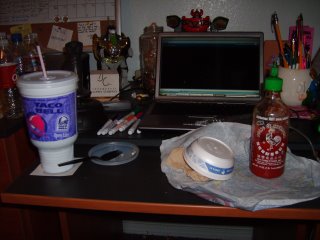 only the finest of foods, topped off with the finest in imported chile sauce.

That's right, and I expect Robin Leech here any day now...
Posted by theBeatnik at 10:45 PM No comments: 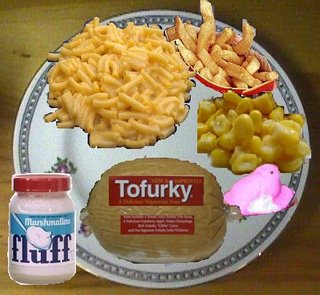 As you can see we had quite a spread this year. Everybody brought a dish, which I think just makes it easier on everybody, and yes, I know that peeps are a little unorthodox, but George had some left over from easter and we just couldn't let those go to waste. 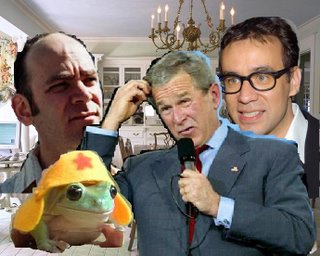 This is a very candid moment between some of my guests this year. George was arguing with Wizard-Frog about who was going to carve the tofurky, (we all know how those two can be, especially around the holidays) tensions were a bit heated until I just told everybody to skip the carving, grab a spoon, and dig in. Also shown are my good friends Todd Barry and Fred Armisen.

That's all from this year's party, I hope to see you next year. Happy Thanksgiving.
Posted by theBeatnik at 10:55 PM 1 comment:

...after saving yet another civilization from its once certain destruction, Ace Captain Commander James Hazelton returned to his modest oklahoma apartment. Once upon the threshold, stepping over numerous bodies of the ninjas sent to ambush him, he found comfort in sleep.

His unconscious form felt not the bulk of the space armor which had saved his life on so many occasions and for the first time in far too long, he dreamed.

He dreamt of many things, fleeting visions in the darkness of his mind's eye, but one vision persisted. A vision of things to come, of events which have yet come to pass, of a place many had called Tulsa...
Posted by theBeatnik at 12:18 AM No comments:

Oh wait, no, nevermind. It's just Chickasha.
Posted by theBeatnik at 6:26 PM 5 comments:

...and that was the day that ramen noodles changed my life...forever.
Posted by theBeatnik at 10:03 PM 1 comment:

Only then could I begin to explain...

The point here is...

that the story needs to be told. If not for this generation, than perhaps for the next.

The fact is, there's a boy out there who is on a journey. It may be a journey towards becoming vegan, or getting his Ph.D in physics, or just making one of many death-defying mini-journeys through town on the two-wheeled immanent injury machine he calls Lucy, or maybe answer D (all of the above)...but in the end, you'll see that none of that matters.

Oh wait, yes it does. Read the blog.

Other places where you can find things written by me.

theBeatnik
Stillwater, Ok, United States
The crimson sun dipped below the horizon and the man once known as James Hazelton looked nervously upon his wristwatch.